A Mastery Stroke of Healing

Home » A Mastery Stroke of Healing

A Mastery Stroke of Healing 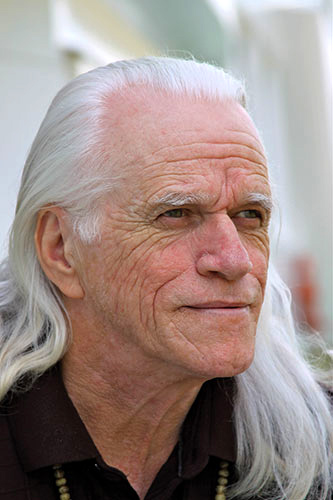 Every event, no matter how small or how big, can be seen from a number of different perspectives. Each perspective helps us to understand the complete picture, and hearing these perspectives helps us understand the journey that much more. I do not remember much from the night that I encountered the possibility of going home to Creator, but I share with you here the things that remain in memory. My story is followed by the perspective of Master Kirael, who helps to provide a deeper understanding of what transpired and why.

When I arrived home on the evening of October 18, 2006, I walked into my den and started to unbutton my shirt and, without warning, I felt myself fall backwards. I thought to myself, “Where’s Master Kirael? Did he do this? How could he let this happen to me?” I soon learned that our guides and angels are not here to interfere in our journey, no matter what it entails. They are here to do what they can to help, especially in a so-called crisis. I remember thinking, “This is not working.” I heard my wife’s voice from what seemed like a long distance off say, “What’s wrong?” Then I remembered firemen came to the apartment and I could feel the roughness of their coats. I also remember two men in white shirts. Those are the only memories I have from that point in time.

What happened next was amazing. I was out of my body, hovering above the hospital bed where I was lying. I looked at myself and thought, “Gee, this doesn’t look good, doesn’t look good at all.” I noticed two doctors standing at the foot of the bed, a male and a female, and the female said, “This is a typical stroke. He won’t use his right leg anymore, and his right arm won’t work, and he’s got paralysis in the face,” and so on and so forth. I thought, “Who are they talking about? Is that me?” I was the only one there, so I figured they must be talking about me. I thought, “That doesn’t sound good at all. Oh, my God, they’re saying I’m a stroke victim. What’s with that? Kirael, what are you doing? What’s happening?”

At that point, they left the room. I wanted to touch my body to see if I could feel any part of it. I tried to raise my arm, but it wouldn’t budge. I tried to raise my right leg, but it wouldn’t budge, either. I panicked; yet I was still out of body. Then Master Kirael said, “Well, are you going to breathe or not? Breathe, laddie, breathe!” I proceeded to breathe and like that—boom!—I went back into my body. I could breathe, yet I must have been close to leaving, going home to the Creator.

Anyway, I started prana breathing and everything changed. Healing is all about the breathing. Most of the healing is done in the prana breathing process, in which you breathe in golden particles of light through your crown and bring them down into your heart chakra and throughout your body. I couldn’t reach up and touch my body; nothing moved. All I could do was breathe and it worked for me. I breathed so loud and so hard that the nurses came over to the bed. I couldn’t communicate because my vocal cords and my face were frozen. The nurses said to each other, “What’s he doing?” “He’s just breathing.” “Well, he looks all right,” and they walked away. I kept breathing. I don’t know how long I prana breathed, but it was long enough to start this whole journey back to health.

At that point, I knew things were serious, because I could feel nothing on my whole right side. After a few hours of prana breathing, I thought, “I’ll try to move my leg.” I chose my leg because I could see my toes. I focused on my toes and noticed that they were pointed straight up. I pulled my toes toward me and they moved, but the movement was barely visible. Nevertheless, I bent my toes and that was the miracle. At that point, I knew that I could beat this thing. All the miraculous experiences I’ve had and I’ve shared with people around the world didn’t seem as miraculous to me in that moment as moving my toes. I was doing the healing journey in earnest now.

I was unaware that the stroke was as massive as it was. I just knew that I could bend my toes, and within an hour or so, I was able to lift my right leg. I realized that the feeling in my hands and the rest of my body was coming back. It wasn’t powerful, but I could move my body enough to see it. I couldn’t talk, but I knew that my face was not as frozen as they had said.
If you get nothing else out of this, understand that when you’re not in control of your body, but you have the ability to breathe, you can start your own healing. You also have the ability to pray. If you pray and are thankful, you will continue to heal. I prayed and never once did I beg for anything. I just gave thanks to the Creator, to Master Kirael and all the other guides and angels. I said, “I am doing this much from my side, now you get me that much from the guidance side.” We went through this amazing journey together.

I discovered my face wasn’t frozen anymore. I could feel my cheek move. I couldn’t talk and I was a little nervous about that, but I started speaking about six hours later. It wasn’t intelligible, but I was making sounds. The doctors came back into the room and told me what I would and would not be able to do. They didn’t believe I could move my leg and my arm. They said, “Well, that’s pretty good. It must be the shot we gave him,” or something like that. They were looking for a medical reason to explain it. In the end, the interesting part of this whole journey is that I prana breathed and prayed with passion, and my prayers were answered.

Fast-forward a little bit: just three days later, I walked out of the hospital on my own two legs. From that point on, I entered into a new journey. I was told that the brain loses a part of itself when you have a stroke, so although you think one thing, something else may come out of your mouth. Or you might have a thought, but it is lost before you can say it. This was a horrible experience for me.

I started working with speech pathologists to learn how to talk again. They wanted me to come once a week, but I went two, three times a week. I wore them out. I wanted to know what they knew, and once I figured that out, I stopped the speech therapy and worked on my vocal cords and throat muscles with Signature Cell Healing.

The carotid artery on my left side was completely blocked, and the carotid artery on my right side was 80 percent blocked. That twenty percent opening on the right side was the only thing allowing blood up to my head. The surgeon said that a 20 percent opening provided only a marginal capacity to survive. She wanted to insert a stent in my artery to open it up another twenty percent, making it forty percent. I was unsure about whether I wanted this stent inserted, so I took some time to think about it and to do some research. I decided to work diligently with Signature Cell Healing instead.

On October 15th, 2007, one year after my stroke, I had a checkup and found that my carotid artery on the right side was almost fifty percent open and I was growing a new vein on the left side reaching up toward the brain. The doctor said it was a “miracle.” I continue to get three to four Signature Cell Healings a week, and I know that the carotid arteries on both sides will be fully healed before this journey is done.

It’s been a fascinating journey. My speech is not where it was before the stroke, but I’m working hard at getting my tongue and my brain to work in sync.